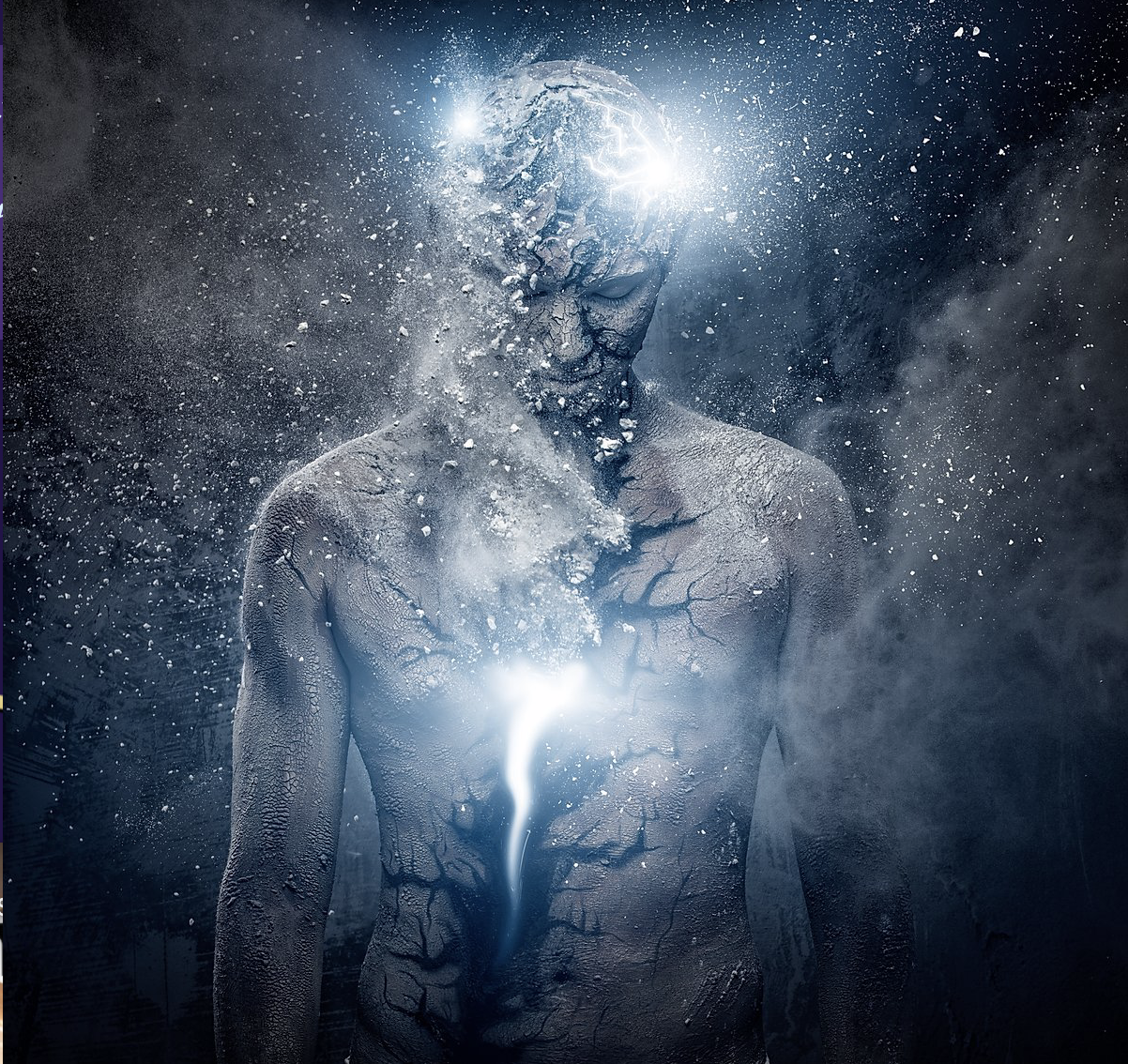 It is a warm night during the summer of 2021. We are in Davos. A dark figure enters the hidden door to one of the many tunnels. He knows the way. He has been summoned many times before. When he finally arrives in the cave, hidden deep inside the mountain, he is welcomed by a heavy silence. The Dark Lord sits on his throne and stares at him. He is not happy. The dark figure sighs and feels a chill creeping up his spine. He is in trouble.

With a grave voice, the Dark Lord starts to speak.

The Dark Lord: Why does it take so long? It is almost 2030, but there are more people in the world than ever before! Your deadline is approaching rapidly now. You were supposed to clean up this mess before our arrival, but look what you’ve done. There are more than 7 billion people on this planet!

The servant: I know, my Dark Lord. It looks as if it’s going too slow, but trust me, we will make it happen.

The Dark Lord: Well, why would I trust you? You have done so much, but still the population is growing. You promised chemotherapy would do the job, and then you said fluoride. You poisoned the waters, you sprayed the earth with chemtrails, you put poison in their food and drinks, you made smoking and alcohol hip, you put heroin and smack on the market, you made marijuana and other plant medicines illegal, you demonized natural healing, you brainwashed them into believing that sex was a sin, that they themselves were sinners and should suffer, but everything to no avail. They keep procreating and being happy! All your rules, beliefs and laws didn’t help. So, why are these 7 billion humans still alive?

The servant: Please, my Dark Lord. I have to say, we underestimated their resilience. They are like weeds! We thought that making their life miserable and pushing them into an inferior 9 to 5 life, without love, adventure or meaning, would just make them kill themselves. But they hardly do! They somehow manage to find joy and meaning in the stupidest things, like sitting in the grass, or baking bread, or holding hands. How could we predict that? Really, you can cut off their arms and legs and they still want to live! You can make them deaf and blind and they still want to live! You can take away what they enjoy the most, but then they just find something else to enjoy! You can give them chronic pain, but they just find a way to rise above it. You can put them in concrete buildings, lock them up, pull their teeth out, isolate them, scare the shit out of them, but they just bounce back from everything we’ve come up with so far. It’s annoying!

The Dark Lord: Well, that’s why I hired you, didn’t I? Not to convert, but to destroy! Really, you should up your game. You need to find their weak spot.

The servant: Well, that’s the point, my Dark Lord. They have so many weak spots that it’s despicable. But they have one strong spot that overrules them all.

The Dark Lord: What strong spot?

The servant: They call it love.

The Dark Lord: What the hell is love?

The servant: Well, we don’t know yet. The only thing we know is that it is some kind of super weapon. Every time we are almost there and the end of humankind seems to be certain, they somehow recover from whatever we have done to them, shake off their trauma and move on. It’s like they manage to rise above everything, due to that thing called love. They just never give up!

The Dark Lord: That doesn’t sound good. Why didn’t you find out what it is by now? You’ve had centuries to find out. I am close to firing you, really. You have shown yourself to be worthless.

The servant: Well, my Dark Lord, may I remind you that according to universal law, you are not allowed to interfere with the human race. I hate to say it, but without us you are even more helpless towards this creation of God than with us. In fact, you are dependent on us. We, your puppets, have always done the dirty work for you, haven’t we?

The Dark Lord: Yes, and we have paid you well. You have gotten your blood, your wealth, your luxury and your games. You have had permission to act out all your perverse fantasies by abusing human kind, turning them into slaves and having fun torturing them. We have allowed you to rule over humanity for more than 2000 years, in exchange for you to end it in time. We have delivered, but you have not. Look what we got! Overpopulation instead of a nice, empty planet for us to land on in 2030. It’s a mess!

The servant: Please, my Dark Lord, we didn’t intend it to go this way. I admit we underestimated the resilience and the power of love in humankind. We got carried away. But God just did a really good job, sir. A splendid job. God, he did such a good job in creating life in human form. Really, they are almost indestructible. But we still have 9 years left. I promise, we can do the job.

The Dark Lord: Your promises are worthless. You somehow seem to have grown fond of these despicable humans and have started to appreciate their creator. You might have forgotten that I am the Dark Lord. I am not dependent on anyone!

The servant: Please, my Dark Lord, how could I forget? We are almost there, I promise. Our last endeavour to wipe out the human race is being rolled out as we speak. It is brilliant, if I may say so myself. We have convinced the whole population to voluntarily take a lethal injection, in order to protect their loved ones. Like this, we use their superpower against them!

The Dark Lord: That is stupid. Of course they will find a way around it, like always. If they could survive everything else you pulled off so far, they will survive this too. This is nothing new. You have officially failed to do your job. We have been waiting long enough. Enough, already. You are no longer in charge of humankind. We hereby end our contract. You are a worthless piece of shit. We are going to another planet.

The night is at its darkest. Everything is silent. The world sleeps. Then, suddenly, the earth starts shaking vigorously. A blast of light erupts from all the seas, engulfing the whole planet in a wave of bright light. As fast as it appeared, it is over again. Millions of people wake up at the same time. They look around and at each other. What was that? When the morning dawns and the world slowly awakens, it becomes clear something big has happened. Radio and TV are dead, but fortunately internet works. The news spreads fast. There has been a huge earthquake in Davos, destroying all the tunnels there. Apparently, the pope and all his servants have disappeared. The Vatican buildings have completely collapsed. Many other buildings in the world have collapsed as well. Banks and hospitals are down. Factories are empty. Many important people have gone, including important world leaders. In fact, almost all the world leaders have gone. In every town people seem to be missing, but not those who will be missed.

The world has changed. Everything feels different. What happened? Nobody knows, except you and me. But as always, we shake off the dust and we move on. That’s who we are. We are humans. From this day on, we are free. The Dark Lord and his puppets failed to destroy this marvelous creation. Thanks to our superpower, we won. This beautiful planet is ours and always will be.

9 Replies to “The Dark Lord and his servant”