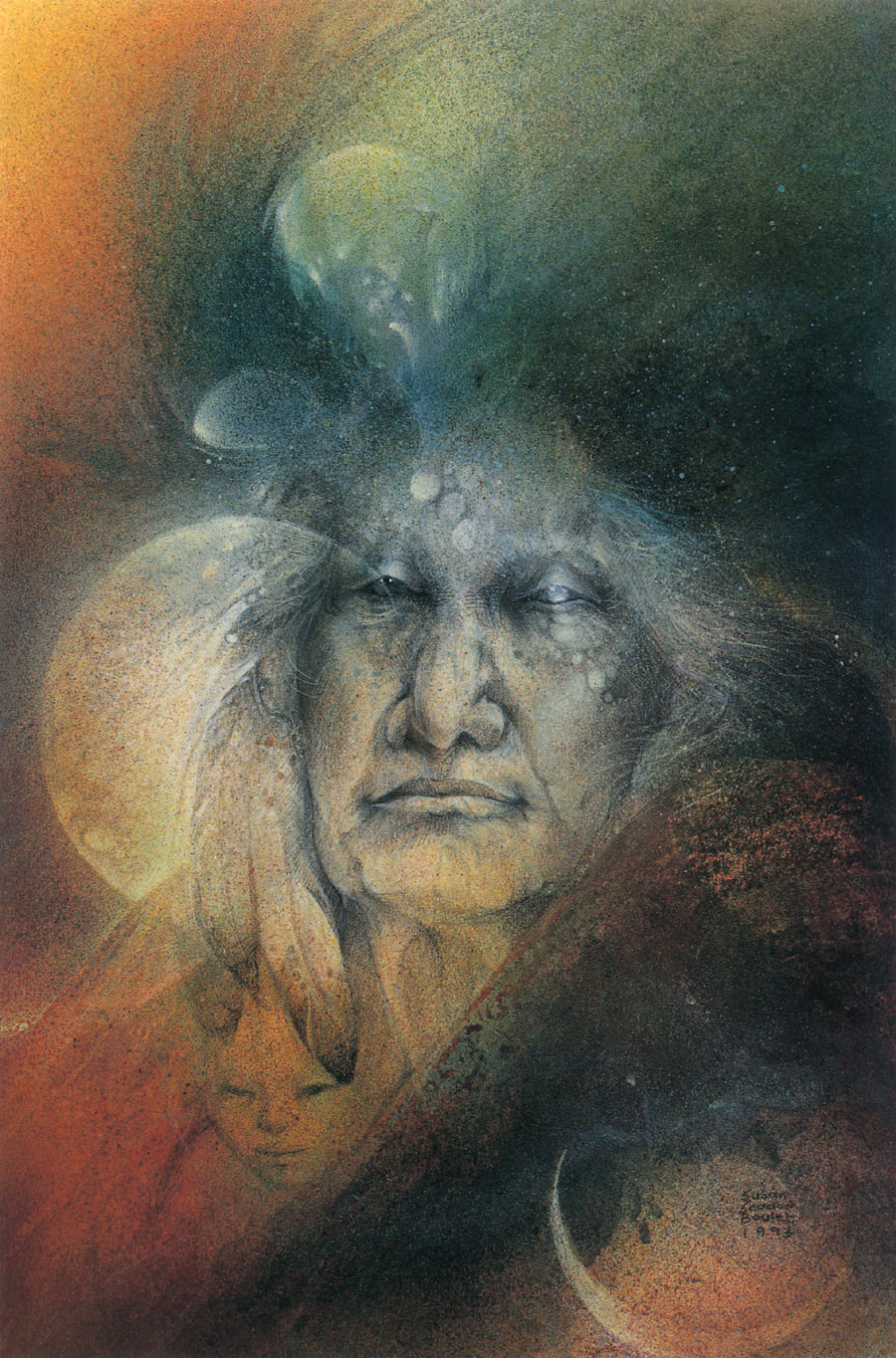 For weeks now, I haven’t been able to write anything. Doubt, fear and grief have gotten the better part of me. I was so optimistic, when it all started in March. Everything seemed so obvious to me. I couldn’t imagine people wouldn’t look through the scam, as it was so clear from the beginning. I was sure people would stand up against the censorship of doctors and reporters. When Brian Rose was removed from Youtube, when Plandemic was banned from social media, when demonstrations all over the world were ignored by the big news channels, even the gatherings in Berlin and London, I was looking forward to the mass protests this would provoke, as I was certain the people would fight for their freedom of speech.

Does nobody care?
Nothing. It seemed as if nobody cared. There were even some people cheering over the censorship, saying it would help prevent the spreading of fake news. The upside-down world. When James Corbett came with an excellent report on Bill Gates, exposing his dark past, the victims he made in Africa and India and his financial involvement in all the profitable areas of this so called pandemic, I was sure people would wake up to the truth and demand this man to be arrested and imprisoned. Nothing. When Jon Rappoport and many others shared scientific proof of the inadequacy of the PCR test, showing it could not detect Covid-19, I was certain that the time had come, the tides would turn and the masses would wake up, bringing this pandemic circus to a halt.

The great reset
Nothing. Instead, the meaningless test results were used to install lockdowns and useless measures all over the world, while most people seemed to be eager to submit to this new lifestyle. Still, I remained optimistic. I understood people were afraid of losing their jobs, of getting a fine, of losing the comfort and security of society as it was. I understood people following orders, hoping that soon they could return to normal. However, I didn’t think for a moment they believed the narrative of governments and so called specialists. I knew that governments were pushing the upcoming vaccination programs, but I was certain the people would say no. I was certain nobody would buy the demonizing of the so called anti-vaxxers, as we had such strong arguments. Surely, they wouldn’t manage to manipulate people into taking a rushed vaccine that was not properly tested, contained RNA altering particles and where the makers had no liability, right?

The great awakening?
At this point, I am not so sure anymore. Will they succeed in vaccinating most of humanity, or not? This past year has been a great awakening for many. The many flaws in the pandemic narrative have shaken millions of people out of their slumber. Like never before, people have started to ask questions. A natural outrage about the injustice towards the elderly and sick, the children and virtually everybody else, is palpable everywhere. However, the division has never been bigger, either. The divide and conquer strategy works. People fight, argue, condemn and judge one another. And this is where my weakness shows.

I don’t want to fight
I don’t like to argue. It hurts when someone judges or condemns me. Of course, if a stranger says he hopes I die of Covid when I address the ineffectiveness of the mouth caps, that’s not so bad. But if people ridicule my words, steal my poems and overall treat me as if I am useless and worthless, I falter. If after that, a dear friend says I am a danger to society, that I should seek help, that I am a raving mad, self-righteous conspiracy idiot, spreading fake news, propaganda and death, it hurts. And if that happens more than once, while before I thought I was on the same wavelength with these people, it makes me doubtful, sad and anxious. It makes my head and heart go heavy and numb.

The Mytote
I have known about the mind control programs by the elite for some years now. In fact, I’ve known about it and resisted it all my life, as much as I could. My whole life has been dedicated to finding and practicing ways to liberate myself from the limiting beliefs that are eating away at my consciousness and power. The Toltecs call it the Mytote, a living entity, capable of entering your brain and heart, whose sole purpose is to make you suffer, as that is what it lives off. It is an intelligent, non-human life form, a master in shape shifting, manipulation and hypnosis, making you believe whatever it installs in your brain. It can fully overtake a human being, push the soul out and make that man or woman think, feel and act according to its wicked agenda. It has no scruples and will take advantage of your weak spots, trauma, insecurities and fears. It will break you and overtake you completely, if it gets the chance.

Mind control is everywhere
Only in the past few years, I have become aware of the scale of its indoctrination. It’s everywhere! Every time you think it can’t get to you anymore, as you have turned off your TV, stopped listening to the news, kicked your addictions, healed your trauma, learned how to stop involuntary thinking and automated behavior through meditation, yoga, martial art or all three, it comes back in a different shape and with renewed vigor. Sometimes, the fight seems futile. If you manage to chop of one head of the dragon, two heads grow back. It seems to know you better than you know yourself. It will use your most vulnerable spots against you. Are you afraid of being alone? It will threaten with that. Are you afraid of death? It will manipulate you with that. Are you afraid of being a bad person? It will write libraries full of how to become a good person. Are you afraid of pain? It will trick you into believing a life without pain is possible and desirable. It will give you false hope and false guidance, just to distract you and perpetuate your suffering.

Self knowledge is the way out
The Mytote is cunning, subtle and comes in many disguises. The only way to defeat it, is to become aware of your biggest fears, deepest secrets and most tender vulnerabilities. Once you know, once you are aware, you cannot be manipulated in that particular area anymore. This will buy you precious time, until it finds another asset to threaten you with. But over time, you will become smarter and stronger. You will recognize when it strikes, how it strikes and how you can resist it. The periods of time it has control over you, will become lesser and shorter.

The work
This is the most important work we have to do, these days. We have to become smarter than the Mytote. We have to outsmart these invisible powers behind the veil. We have to be brave and face our shadows, because it is our shadow that makes us vulnerable and suspect to manipulation. Courage, faith and love are our allies.

Defeat
The past few weeks, I felt defeated. The criticism I got from strangers and friends, got to me. I started to become doubtful and insecure. Why was I writing and sharing my truth anyway? Was it worth it, if it made me lose my friends? I felt powerless in the face of all the lies and confusion, the brainwashing and ignorance in the world, the anger, ridicule and accusations. I heard the sinister laughter of the Mytote in my head, sounding much like my father, repeating the words that scarred me so deeply when I was a child: ‘Who do you think you are? What makes you think you are so special? You think too highly of yourself. You expect too much of life. Nobody cares about you. You will not succeed. You don’t have what it takes.’

Doubt
Was my father right, after all? Was I wrong, believing in myself and the innate goodness and intelligence of humanity? Was I wrong, believing that truth will prevail and love will conquer everything? Was I in denial, thinking that we, the people, could overthrow centuries of suppression, just by sticking to the truth and maintaining our humanity?

Hiding
I considered giving up, hiding under the blankets, giving in to this feeling of being defeated. I was hurting. I wasn’t able to write anything anymore. Every word I typed, felt futile beforehand. Until eventually, I understood what was going on. The Mytote was winning again. It was getting fat, as it had hooked itself onto an old wound, which clearly was still in my system: the lack of acknowledgment by my father. This was a deep wound, which had manifested itself throughout my life in so many ways. This wound was torn wide open by what had happened in the past few weeks and my life force was leaking out, immediately sucked up by this bloodthirsty, wicked entity.

The movement is in the seeing
As soon as I realized what was going on, I was able to stop it. I realized I had bought into the lie of powerlessness, again. I was afraid of losing my friends. I was afraid of not being loved, of being worthless, powerless and unimportant. I was afraid the darkness was going to win. And by that fear, I was allowing it to happen. Immediately, I felt reconnected to my inner fire. I remembered my free will and said: ‘Enough of this! I hereby assert my free will. I command you to leave!’ It wasn’t the first time this happened, so what happened afterwards felt weirdly familiar. I can only describe it as if an octopus with many tentacles withdraws from my brain. It feels wiggly, sticky, unnatural and intensely relieving.

Sovereignty
I remember again. I am in charge. I am a sovereign being. I have the god particle in me and I have free will. I will never give up. There is power in my words and I will let them flow freely, scaring the shit out of the Mytote, as my words make people aware of how to break the spell. That’s how I weaken its power. I will not allow anything or anyone outside myself to take away my freedom. I am a human being and hence I am free, sovereign and in power, just like any other human. The time of deceit is over. We are taking our power back. Your time is up, Mytote. I am not losing anyone, but I am getting rid of you.

FREE DOWNLOAD until september 17 – 2021. Use the coupon code: let the games begin – and download ‘The Corona Games’ for free!