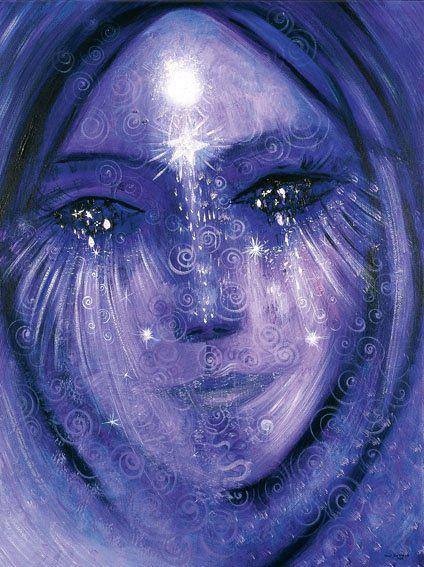 My dear friend, it is with pain in my heart that I write this letter. I am sitting in the backyard, remembering the many adventures we had together, all the magic we uncovered, all the amazing talks we had. Oh, how deeply we managed to penetrate into the wonder of this reality. How much fun we had. We are truly blessed.

The cicadas are playing their song, and even though I know it’s their courting song, to me it sounds as if they are saying goodbye. It feels to me as if this world is coming to an end, my friend. And even though this might be a good thing, right now I only feel the sorrow of everything I have to let go of, including you. The hardest thing of this new reality, is to let go of the ones I love.

Outbreak in Wuhan
But let me start at the beginning, because I really want to make myself clear. It started February this year. When the first word of the pandemic reached me, I was living in Spain. My life was easy. I was surrounded by nature, taking care of a great bunch of animals, having a lot of time to rest, write and work in the garden. I was alone a lot, but I didn’t mind. It gave me time to sink even deeper into my heart, undisturbed by expectations and obligations. The world had already shown itself to be mad in the years before, so I didn’t feel I missed much, anyway.

Death in Italy
The sudden news reports of a lethal virus spreading from China, made me raise my eyebrows. Really? Panic was spreading at a rate, I had only seen during the war. News of a death explosion in Italy and a lack of coffins and beds in the IC, lead to Europe closing its borders. And there it began. Reason left the building and panic took over. Research shortly after, showing the absurdity of the measures, revealing the hidden agenda of Fauci and Bill Gates, warning the people for what was coming, didn’t help anymore. People had lost their minds.

Useless tests
I didn’t know what was going on either, at first. So, I started to do research. I found that Fauci had sponsored a lab in Wuhan, where apparently the virus originated from. Could the virus be man-made? And how dangerous was it? I must admit, I was pretty scared by then. I trust nature. If nature creates a disease, there’s both a good reason and a cure for it. But a man-made poison, spreading like wildfire? That was absolutely scary. However, after a few months the death rate occurred to be much less than flu season a few years earlier. Also, it became clear the PCR tests that were used to test the virus were useless and the media blatantly lied about everything, also about the numbers of infections and casualties. Obviously, this was not a pandemic, but something else.

Technocracy
But what was it, then? I was already aware of the corruption within politics, the media and the medical mafia. That was nothing new, but I did not know how deep the rabbit hole went. Researching Bill Gates and his ties to the elite of the world made a lot clear. This pandemic was a Psyop, a psychological operation to submit and enslave the masses, in preparation for the big take over. Total control, induced by fear and sustained by the technocracy that was planned to be installed through vaccines, nano chips, 5G and the satellites of frontman Elon Musk. Murdering the elderly and sick was just a little bonus for them, as well as traumatizing the youth, so they would become easier to manipulate. Nothing better than a traumatized and troubled individual, that’s no longer able to think for himself, to add to the obedient crowd.

The Cabal
What was behind all this? Yes, the elite, The Illuminati, the Cabal. Dark forces behind the curtain of the human race, using our fake leaders as puppets, pulling the strings, in order to create mayhem on earth. I had known about MK Ultra for a long time. I knew about the global mind control programs that created brainwashed soldiers. They performed the false flag attacks and shootings, not even aware themselves, serving the political agenda. And now they were taking it a step further. Many steps, in fact.

Satan worshippers
I thought I knew a lot, but I didn’t. Not really. I had to look even deeper. In order to do that, I followed my instinct, my intuition and the information given to me by people whom I had learned to trust over the years. Months passed, while I discovered where the real power was. The real power of this world belongs to a cult that calls themselves worshippers of Satan. When I first found out, I smirked at the cheesiness of this word. Satan worshippers? Yeah, right. But then documentaries came up, where children told their story. Individuals came forward, brave women and men, in the Netherlands as well, who shared their experiences. Argos made a program about child abuse in satanic cults in the Netherlands, involving the very top of society, including the royal family. Janet Ossebaard made a series of 12 episodes, called ‘The Fall of the Cabal’. Brian Rose interviewed David Icke, several times. Q was mentioned, and Trump was presented as the good guy. Being on this roller coaster of revelations made me feel sick. It definitely went too fast, at certain moments. I couldn’t sleep anymore.

Messages from the stars
I had to work hard to stay present. At times I felt overwhelmed, but fortunately I recovered quickly. I had a lot of help from people who knew too, who were there when I needed them. This whole process of discovery was scary and uplifting at the same time. Eventually, I started to connect the dots. I started to see the big picture. From the virus I went to the Cabal and then traveled on to the stars. Messages from the Pleiades, the Arcturian Council, the Galactic federation, Sirius and many other channels came to me. Synchronicity became more and more frequent.

Visions of the future
Then I started to have lucid dreams, where I had powerful visions. They gave me hope and confidence. I learned how to become more still and listen to the subtle energies in my body. Oh my… there was a massive shift going on. Other people were feeling it too. I was not going mad. Friends told me they felt a lightness, a joy they had never sensed before. As if the war was already won. As if the dark forces had been lifted from the earth already. As if everything was already alright. I could feel it, sense it, smell it. It was in the air.

Connecting the dots
And that’s where we are now, my friend. I have connected the dots. We, humanity as a whole, are evolving at an incredible rate. The curtains that have kept us imprisoned for so long, the veils that have covered our consciousness, are being lifted as I write these words. We have help. We have so much help, you can’t even begin to understand. We are so loved by the universe. The battle on this earth is watched by many, and they all want us to make it. This is about our survival as a species. Our frequency is rising. Everything that no longer resonates with this higher frequency, has to go. This frequency of light is pushing out all the darkness from our bodies, our soul and from our planet. It’s the end of the world as we know it, and ultimately that’s a good thing, however dramatic it can feel sometimes.

Anger
Remember the last time we met? I was so excited to share with you what I had discovered, but you got angry with me and didn’t want to hear it. You said I was irresponsible spreading such lies, agitating people, inciting protest. You said I had to try harder to fit into the system, because the system was protecting us. You said people like me were the reason many more people were going to die of this pandemic, because I made them believe social distancing and wearing masks were not necessary and vaccines were dangerous. You accused me of being arrogant and selfish, a danger to society. You told me I should be ashamed of myself. You said my stubbornness was going to be my downfall. But, my dear friend, I am afraid your submissiveness is going to be yours.

I will remember you with love
I want you to come with me, really. I want to lift you up, like I would lift up my child, even if it didn’t want to, and carry you out of this burning house. I want to carry you off the battlefield, like a soldier would carry his wounded mate. But I can’t decide that for you. I can’t force you to look, either. I can’t force you to see. It’s your choice. You have free will, just like everyone else. I can’t force you to come, even though I would want to so bad. I would want to, because I love you. And I will miss you on the other side. I will never forget you. Every time I hear the call of the cicadas, I will think of you.

Goodbye, my friend. Know that whatever happens, where ever you are, you are always welcome to find me. I will be there.