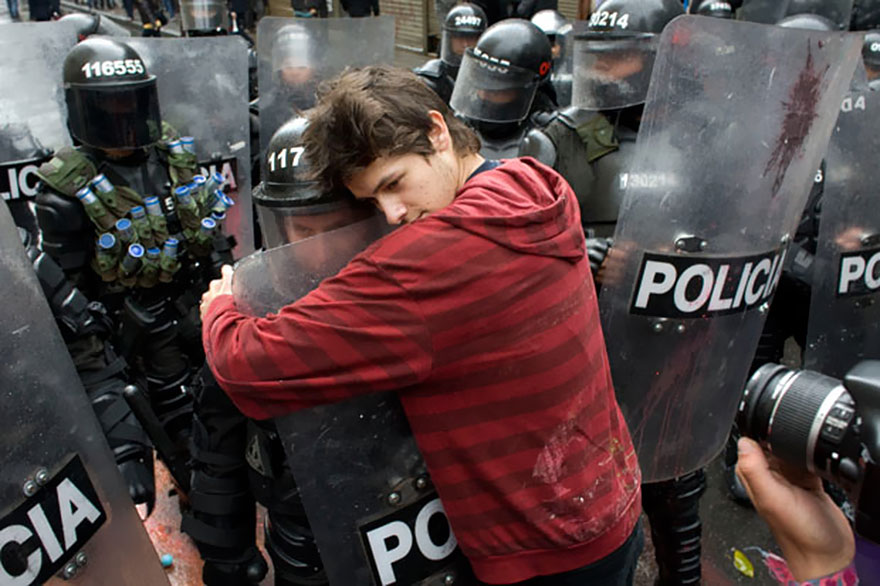 This title is not mine. It was the title of a little selfhelp book my boyfriend had, long ago. At the time I was like: ‘But fear is a good thing! What if you are in danger and you don’t feel fear? You will die! Fear is an indicator that you need to do something, in order to save your life!’ And yes, of course it is. But what if the cause of the fear is not real? What if it is only in your mind? Like the fear of a non-existing virus; the fear of doing something that is not allowed; the fear of getting caught; the fear of consequences and repercussions that only exist in your mind, but still keep you from doing what you want to do?

For example: the quarantine in Spain. Last Thursday it was announced on all radio and TV stations in Spain that Andalucía was going to be closed that very night, as one of many provences. Nobody was allowed in and out, starting midnight that night, lasting for 3 weeks. I was in Andalucía, but I was on my way to Portugal. I decided to continue my journey the next day (Friday) and see what would happen. Worst case scenario would be that I would be stopped by the police and sent back, I thought, so I felt it was worth a try.

I drove through Andalucía to Portugal. It was a stunning trip along the coast, rolling from one amazing landscape into the other, the ocean reassuringly on my left side. It took about 6 hours. The roads were empty, except for trucks and a few cars (I even saw a car from Great Britain!) There were no police, there was no control, no problem whatsoever. The trip went smooth as ever and I arrived at my destination in Portugal even earlier than planned.

I did feel nervous when I left. I was a bit afraid of what might happen. It all worked out perfectly, though. What is the lesson here? Indeed: feel the fear, but do it anyway. Don’t acquiesce, don’t consent to something that is not a real danger. The fear is your cage, not the situation.

Years ago, I worked in an Indian new age shop, stuffed with music, books, incense, gemstones, gifts, cards and what not. On the door was a sticker saying: ‘Thieves, beware! We have cameras. Theft is reported to the police immediately.’ There were indeed a few cameras hanging in the shop in prominent places, but as far as I could see, they didn’t work.
‘What’s with the survey cameras?’, I asked my Indian boss. ‘Are they broken or something?’
‘Well, they are not on’, he answered, ‘but they work really well! Just the sight of them will prevent thieves from trying to steal anything. Just like the sticker on the door. Much cheaper for us, and same results’, he said smiling, wiggling his head in this typical Indian way.

So, when new measures are announced and you complain about the limitations they impose on your life, who is to blame? The people who impose them on you, or you following them, as if you have no choice?