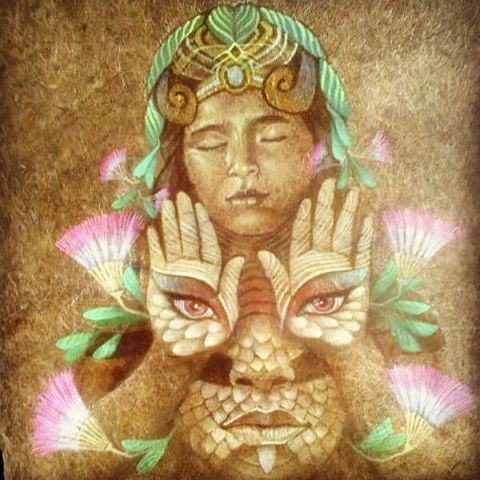 What is 5G? 5G is possibly the last and final move to enslave the masses. We might be the last generation of independent thinkers.

For a long time now, there has been a huge mind control program happening, which is peaking at this point in history. Think about the massive power of the media, the medical mafia, the banks and multinationals; weather control, the war industry, the food industry, the oil industry; vaccination programs, chemtrails, false flag attacks, fake news, disease, abuse, organized crime, poverty, and so on and so forth.

Julian Assange, one of the most important whistleblowers of this generation, a true independent thinker, is in jail as we speak. Corruption has never been as blatant as today.

Who is pulling the strings is to be discussed later, but for now we know that 5G is probably going to close the net. Humanity has slowly but surely been trapped. The net is being pulled tighter, until nobody can escape through the mazes anymore.

Soon all our information will be stored in databases. We will be 100% dependent on computers and phones in order to shop, to get into our car or house, to pay the bills, to see our photos and messages, do our administration, etc. We will become a Black Mirror society, a dictatorship controlled either by AI, a small group of evil humans, or other dark forces. Eventually the masses will have no freedom anymore, whatsoever.

We will be completely enslaved and not even notice it ourselves, because by then our consciousness has been fully numbed.

As a result of this numbness, people in 5G will become obedient, submissive, indifferent and oblivious. They will be too sick and tired to resist. They have no zest, no fighting spirit, no opinion of their own. They have lost their capacity of independent thinking, hence they are no longer interested or curious. Their brain capacity has been reduced to a bare minimum. They are all addicted and dependent on drugs and substances, and are barely capable of doing their job.

The main needs under 5G will be security and comfort. Nothing else will matter anymore.

Comfort is a never ending story, as you can always get more comfortable; while safety craves and enemy. As the masses are controlled by fear in 5G, there always needs to be a threat. Therefore, there always will be a threat.

A war, an epidemic, a climate crisis, a meteor, an alien attack, whatever. The more fear, the easier the control system can be put in place.

5G makes humans utterly uniform. Under the spell of 5G we will become fully predictable beings, with the same needs, the same skills, the same intelligence, the same likes and dislikes, the same number of children, the same orientation. Our whole life will become measure made. We will no longer have or even desire any choice. There will be only one type of music (probably reggaeton), there will be only one type of art, fashion, hair style, language, currency, housing, etc. Everything will be regulated, even death.

Everybody will eventually get a lethal injection at 65, because also death will be planned, controlled, hygienic and effective. In a 5G society old people are good for nothing.

This, in short, is the 5G scenario, or rather the closed 3D scenario.

Then what is 5D? 5D is the way out. 5D refers to the fifth dimension. The fifth dimension is a realm of reality, which at this point in history is opening up to humanity. This is happening now.

There is a mass awakening going on. More and more people make the shift from 3D into 5D (5G is part of 3D)

In the reality of 5D, different natural laws are in place. Time is less rigid, for example. It’s no longer a straight line, but more fluid. Distance is less rigid as well, while matter is less solid; hence time travel, bi-location, telepathy and telekinesis will become normal again. In 5D, people are fully aware of the creative power of their minds. They remember reality is something they are the co-creators of.

This reality only seems solid because so many people dream it together.

In 5D our brain-capacity has expanded into full bloom. We function at our highest potential. We are no longer obedient, but accountable. Power structures as we know them now, will no longer exist. Political systems, military systems, religious systems (all the same), will disappear under 5D, as the mindset that is necessary to accept or need such control systems will no longer be there.

In 5D there will be numerous new inventions, as technology and science will no longer be used to control and mislead the masses, but to enhance the quality of life, to stimulate and create happiness and joy for everybody.

People will find a million different ways to harmoniously live with mother earth. They will see her as a living, conscious being. Not only humanity, but also this planet will thrive under 5D. The oceans will be clean again, the forests will regrow, the animals will thrive. It will be very different from now, for sure.

The most powerful feature in 5D is that people are aware of the fact that they are creative beings.

They know that if you want to change reality, you have to change your imagination. They know it is our thinking, our dreaming, our imagination, which creates the substance of reality. As soon as you realize you are a co-creator, you are no longer a victim. You are then no longer under the spell of disempowerment by some force, whether it’s politics, religion, the military, science or society. You realize you are not a slave of anything or anyone.

We are learning this now.

In 5D people no longer think in polarity and duality. Not in hierarchy either. There is an underlying current of peace, based on the understanding that we are all equal.

Differences are looked at as beautiful, not as a threat. There will be a wide range of expressions, of art, looks, architecture and music. The notion of separation is no longer there, only the celebration of diversity. 5D is a fear-free reality, because death has been looked through as an illusion. Our identity is no longer dependent on having a physical body. We have finally become aware of who we really are: immortal being, souls that have taken on a body, until the body dies and we continue to another realm. When there is no fear of death, there is no need for safety and control. When there is no need for safety and control, humanity will be free.

This, in short, is the 5D scenario.

Waking up from the nightmare

5G and 5D are two very opposed views on apparently the same reality, the one you and I live in. 5G is pretty much a nightmare. It will make us numb, incapable of being creative or even happy. This is one direction humanity can take. And then there is 5D, where our imagination will have access to limitless possibilities to create the dream we wish for.

Why is this happening? Why is this extreme dichotomy presented to us today?

We are living in defining times. In the coming decade humanity as a whole will make an important choice. We can either become fully 5G, or fully 5D. The good news is: the choice is ours.

When 5D will be reality

It’s not that 5G and 5D are like yin and yang, or day and night, or black and white. They are not equal. To deal with 5G is actually peanuts for 5D. As soon as 5D is a fact, 5G will just be incorporated into that reality, without any problem. We, the people of 5D, will embrace it, like we embrace everything else. We just put it in our soup to give it some extra spice, or in our toothpaste, for extra white teeth. Or we make it into cool light swords for our kids to play with, or into shining throwing sticks for our dogs. Or we use it to clean up the oceans. The possibilities are endless in 5D.