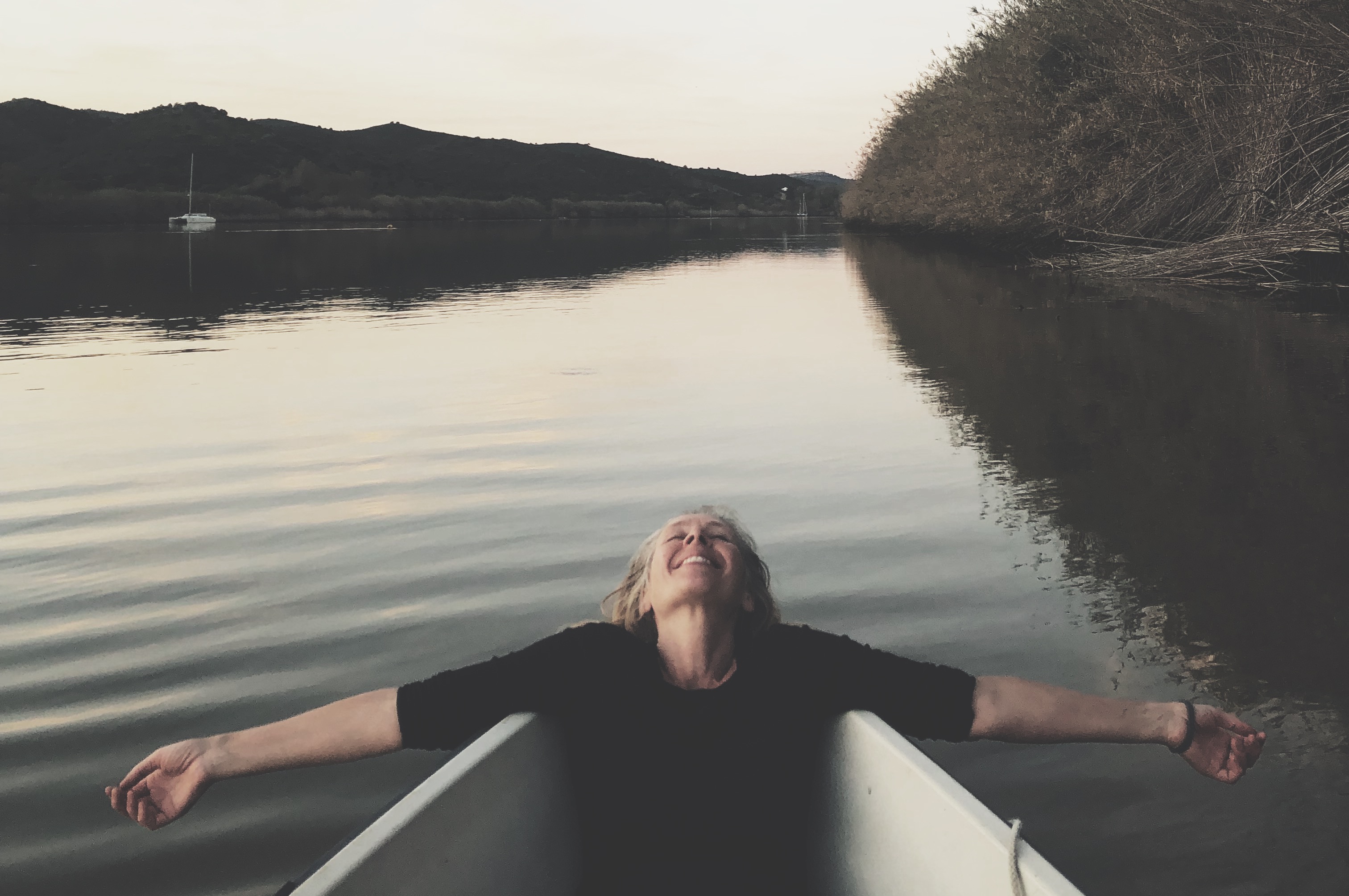 It is not logical that lately, I am often overwhelmed by joy
By gratitude, by tears of relief
It is not logical, because we are in the midst of a global crisis
It seems obvious that dark forces are closing the web
And so many people are in danger
But, there is something changing
Something has changed

The trees talk to me, when I walk in the woods
They whisper stories, as if they can’t contain themselves
It is in the air
I can smell it
It is as if something has been lifted from the face of the earth
There is cheering and rejoicing in the birds, in the trees
It seems like everything is less heavy
As if we have already won the war against these dark forces

As if they have already gone
As if we, the humans, just don’t know it yet
But the animals do, and the trees do
And the air does
And the sky does
And the colors do
And somehow, I am touched by it
My body reacts to it
It creates these feelings of joy and cheer
While my mind says: how can you be so happy?
How can you feel so light?
Don’t you realize there is a battle going on?
You should worry!
But I don’t feel it

Oh, I have felt it before
I have been heavy and unhappy for years
About what was going on on this planet
About the suppression, the injustice, the slavery and the abuse
I have felt so powerless
But now, I don’t feel it anymore

Is this cognitive dissonance?
Am I going crazy?
Am I so much in denial that I just block the truth?
Or is the truth what my body is telling me right now
That we are already free
That the fabric of reality has changed
That we have reached the critical mass
That there is no power left in those dark forces, who have controlled us for so many centuries

I tell you, it feels as if they have already gone
There is a whisper, a tantalizing excitement everywhere
An adventurous, expectant atmosphere
As if there is a party coming up
Yet in another dimension, where they are waiting for our arrival
Oh yes, they know that we are coming
They have already prepared the space with balloons and garlands
They can’t wait to see the surprise on our faces, once we will arrive

This is a crisis on one level
But a liberation on another
The fabric of reality itself is changing
Time is changing
Matter is changing
Distance is changing
All those solids that we have taken for granted for so long
They are all changing
And it is only because we are so attached to our identity and who we think we are, that we get scared
But we do not have to be

You are only scared as long as you believe this is what you are
But it is really the river who is scared of flowing into the ocean
The drop who is scared of being part of the wave
While actually, you are all that

Some people have already touched upon it, tasted it, experienced it on their journeys
Their ayahuasca ceremonies
Their wachuma ceremonies, and other plant medicines
THeir shamanic journeys, drum sessions and soul searching
They have helped us to open our minds to what is beyond our limiting concepts, the fear of death, the being stuck in time and space
Many people already know
The travelers, the yogis, the buddhists and the taoists
The spiritual warriors, the body workers, the pioneers, the brave
They already have the understanding of a realm that is so much bigger than that which we can comprehend with our minds

This dimension never really died or got lost for humanity
It has just been more and more difficult to touch upon
To step into, to be in, to be connected with
We just go so bloody distracted
But at this point, there is a mass awakening going on
And this is not done by us, or how we understood ourselves so far
It is not done by our will power, our skills, our mental focus, or whatever
No, this is done by that which is bigger than who we believe we are
This is done by the real us
The immortal, powerful, creative, loving us

Which doesn’t mean that there isn’t any work to do in this world
In that place where you are now, in this body, on this planet
Location wise, time wise, you have your past, your connections, your ideas, your beliefs, your stuff
And on this level, a lot has to change still
And a lot will change
There you can be very busy, and that is good
Do it
Be busy
But know that you don’t do it in order to be liberated
Because that has already been done

And we are also helping others, comforting others
Because we won’t leave any souls behind
We are one species, so we need to be there for each other
We go home as a species, not as individuals
Many of us are still here, not for ourselves, but for others
We are waiting for others to also be free