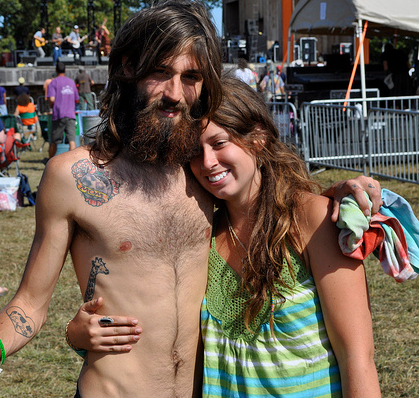 Women’s night at the pub. Bosom friends. Each of them beautiful, confident women with a job and family.
‘Christian cheated on me’, announces Jennifer when the first round of mojitos has arrived.
It’s as if she’s thrown a bloody piece of meat amidst a group of hungry lions.
They all tear at it, immediately on the attack.
‘Asshole!’, one shouts.
‘Divorce! Let him pay alimony for the rest of his life!’
‘And his children, he doesn’t have to see them anymore’, another adds, ‘the unreliable bastard.’
‘All men are the same’, a third woman says. ‘They only think about one thing.’
‘Yes, and now he’s going to do a tantra week’, Jennifer says sarcastically, ‘in order to find himself. I bet you he’s going with that bitch.’
These are not bosom friends. These women have no heart. The only heart present here is Christian’s heart that they are ripping apart.

Some women feel so justified in their anger towards men. We have history on our side: centuries of suppression have fuelled a deep hatred towards the other sex. But the fact is we have contributed to this injustice towards women for centuries. As well as settling for constant compromise, we send our sons into the army and seduce men to ridiculous behaviours that we conveniently chose not to think about. The perpetual complaints about men by women are unbearable. Especially the complaining about sex. You would think that men do everything wrong if you accidentally overheard a conversation between women on the topic of sex. Men are simple, unreliable, over-excited and they all come too fast. No wonder there are too many children in the world. But whose fault is it really? Is it men’s fault because they can’t control themselves? Or is it women’s fault because they apparently no longer know how to say ‘no’? Or could it be nobody’s fault in reality, but truly a matter of mutual misunderstanding? There is nothing men want more than to learn from you how to make love to you. It is cruel to withhold that information and then blame them for fumbling in the dark when it comes to satisfying your needs.

Tantra week in Spain. A big group of men and women, all in search for answers, love and themselves. Christian is there too. Alone. He sits there silently and withdrawn.
‘I cheated on my wife’, he confesses. ‘She threw me out of the house. I feel terribly guilty. I miss my family so much. I’m not even allowed to see my children anymore.’
After three days of intensive bodywork and breathing, he finally collapses. He’s lying in the arms of the leader, a bear of a man who looks like Hagrid from Harry Potter and cries out: ‘I want someone who sees me as I am! Someone who trusts me, whom I can love and who can love me… I don’t want to fight anymore!’
Everybody has tears in their eyes at this appeal direct from the heart, even Hagrid. If only Jennifer could see this image of two tough guys crying over love, she might finally understand that in truth there is no difference between men and women.

There is only one way to end this hopeless battle. You have to do it yourself. Say: ‘Enough’ and stop blaming, accusing, picking fights. Let go of your vindictiveness, contempt and bitterness towards the opposite sex. As long as you keep projecting your man- or woman- hate on your partner and continue to ventilate this in your relationship you will not be happy – and neither will your partner. You will always find good reasons to insult your partner and end up in an exhausting cycle of old grudges. The decision to end that is not dependant on outer circumstances. If you intend to wait until men behave impeccably, if your man in particular has to prove endlessly he’s worthy of your trust and love; if you keep provoking him to the extreme, testing him before you give him your appreciation and respect, you will wait forever. The order is reversed: grant him your trust, be honest and open and your partner will behave accordingly. It has lasted long enough, this idea that women have no power in a relationship and are thus not responsible for the problems they face. That wallowing in victimhood is no longer attractive. It’s nonsense that we are helpless. As a woman you can do everything about it.

We can’t live without each other and we don’t want to live without each other.
‘If there were no women a man would never build a house’, my nephew said the other day.
He’s right. We are each other’s nourishment, each other’s inspiration, each other’s happiness. The time to enjoy one another has arrived. Laugh about the differences between man and woman, the misunderstanding and the confusion. Jennifer and Christian are back together again. ‘And they lived happily ever after’ is no fairytale.

Riders on the storm, The Doors