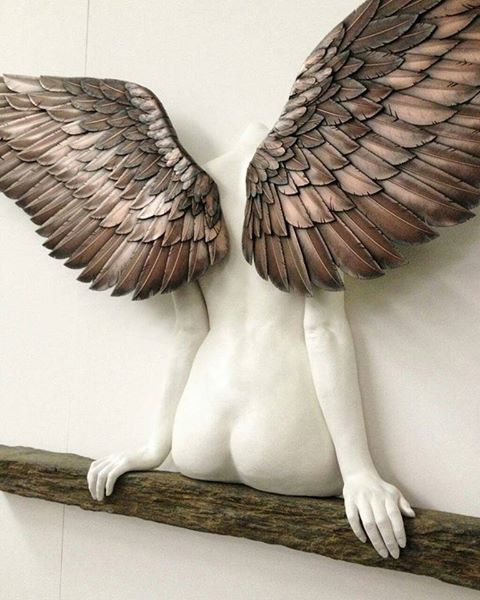 No forgiveness
Why would it be sexy to kill in the first place? Even with that set aside, who has decided that nobody gets a license to die? Who, when and why? When has the right to decide over our own death been made into both a sin and a crime? If you kill yourself, you are not going to heaven, the church would say. In earlier days you would not get a proper funeral (whatever that means) and you wouldn’t get your own grave. As if that even matters, once you’re dead.
Neither would the priest give you the last sacraments, even if you or your family so desired. No forgiveness for those who independently choose to die, without asking for permission. Why should we have to ask for permission? Who else but me is capable of making such an important decision? Who has such power over me and did I ever give them that power? Hell no!

The donkey’s carrot
Taking your own life is illegal by law but one could wonder what the penalty is. A fine? The death penalty? Ha! Once dead, the soul couldn’t care less whether it was or was not allowed. Even still, taking your own life is considered a horrible crime. Even talking or thinking about it is considered morbid and spooky. Well, let’s do it anyway. Why is it such a taboo? Is it because we cling to life so badly or is there another reason?

Who gains with the criminalisation of deciding to take ones own life? Was it the slave owners who initiated this, making sure that they had enough muscle to work in the gold mines? Was it those in power using the fear of death to make people willing to suffer conditions that they would otherwise not accept? If you are afraid of going to hell, you are more likely to accept hell on earth. At least in that case there is some form of reward after you die. Heaven then, becomes the donkey’s carrot.

Open door
Maybe it is so that in reality many people are looking for a way out. They have been born into this reality, they are living inside of this body but for some reason they don’t like it. They feel trapped. They want to leave because they don’t know of another way to change their unfortunate circumstances. They feel unloved and they feel that nobody cares and maybe they are right.
Imagine that you are alive but you don’t want to be. You have tried everything to thrive here but bottom line is you feel the desire to end it, despite the taboo that surrounds even the entertaining of that thought.
While in fact, seriously thinking about it could actually be all inspiring and creative because it could make you think about what you would do if you had nothing to lose. It could make you radically honest about your life and that could actually open some doors.

Blessed to be alive
I do believe that every person has the potential to live a happy and fulfilled life. When someone comes to me and says: ‘Hey, I am fed up with my life’ or something like the above, I would never say: ‘Well, I know some easy ways to die.’ I would ask: ‘Why?’ with the certainty that in most cases the person would be able to find his way back to the zest of life, one way or another. It is deeply tragic that some people don’t see a way out and therefore want to die, while in fact they are so close to a solution. However, there are also people who really are done and should have the freedom to leave in peace, just like everybody else.

Cheating
I am not in any way advertising suicide. On the contrary! Bear with me, as I am going somewhere with this. I want to talk about the taboo of dying and specifically, not having the choice to die. Why is there no freedom in this? What are the implications of this restriction? Could it be that if it were less of a taboo and there was more freedom and openness around the concept of death, less people would actually take their own life?

Taking one’s own life feels like cheating to most people. It’s just something you don’t do. You don’t quit a game when you’re halfway through. That’s just not okay. You finish the game, even when you are losing. Most of us are also afraid of physical pain. This excludes many of the available options available for the taking of one’s life. Violence against oneself is so against the biological, self-preservation instinct of the body that most of us don’t consider it even if they wish to die.

Sick of it
So there really aren’t that many options left except maybe… disease. Could it be that we sometimes choose disease as a way out, consciously or subconsciously? I guess that deep down, we all know that we can influence our health. That means that besides healing ourselves we can also make ourselves sick. Disease might in that case be our license to die, our ticket to freedom, our way out of here.

I do believe that many people create disease for themselves, consciously or subconsciously, for exactly that reason. It is a creative, sophisticated way to end it; a way that doesn’t offend other people and doesn’t leave a mess. In the case of wanting a license to die, disease is a relatively good one, because it is commonly accepted and you are allowed to die, not as an outcast or a loser but as a respectable human being. You will be taken care of, your beloved ones will stay with you until the end, you will receive pain killers and a proper funeral and if you are a believer, you don’t have to worry about going to hell.

If you drop all of the cultural conditioning about the idea that we should live as long as we can and acknowledge the possibility that a soul might have the desire to escape and is looking for a sophisticated way out, wouldn’t that particular soul jump on any given possibility that would present itself?

Freedom of choice
I promise, as mentioned before, that I am going somewhere with this musing so please, bear with me. This little intermezzo is just to emphasise that this writing is not about normalising or idealising the possibility of ending one’s life in any way. Rather, it is to perceive what the overall effects are in that the concept itself has become such a taboo. If people want to die, they can’t! How would the world look if we all had a license to die and were ourselves, free to choose whether we wanted to use it or not?

Why are we fighting so hard to keep everybody alive anyway? What is that all about? Is it genuine or is it conditioning? It feels genuine to me but I can also see the neurosis of not wanting to accept death as a possible choice we all have at any given time. I do recognize this in myself. I don’t want to allow anyone to die, especially not my loved ones. They have to stay alive, for me! But is that fair?

Start valuing life more
However, instead of being all neurotic about death and making it a crime to take one’s own life, wouldn’t it be much wiser to look at why so many people apparently don’t want to live? Wouldn’t it be more beneficial to look at the reason why people want to die, rather than obsessing with the illegitimacy of it? Why not start by ending the taboo and allowing every person to die whenever they want to? Then people can start valuing their lives more and make the most of them, without having to submit to circumstances that are unacceptable, like the modern slavery that has been normalised over the past few centuries.

Jab selfies
Just some thoughts on a hot Saturday morning during the summer of 2021 where again millions of people all over the world have received their experimental injection and are so happy about it they post a selfie on social media with a mouth cap on their face and a plaster on their arm. What in the world are they celebrating?

Life is joyful
Am I cynical? No, I am just trying to make sense of what is happening in the world right now. And more importantly, I am trying to answer the question why people would want to die. What happened to the sheer joy and gratitude we once had for life? Since when has living become anything less than exhilarating? Who is responsible for that?

I have far too many questions. However, I do want a license to die. Not to use it but to have the freedom to choose life, over and over again. Not because I have to but because I want to.