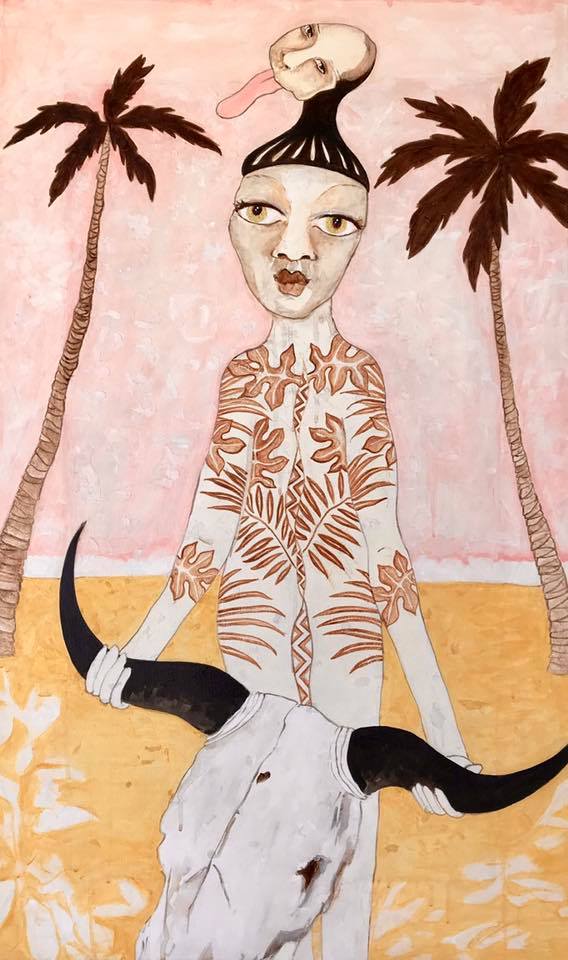 Not correct. There are in fact many reliable reporters, researchers, journalists, specialists and doctors out there, who give you the facts and explain what they mean. You just need to make the effort to find them, as you usually won’t find them on mainstream media.

2. It’s impossible to know the truth. The truth is too complicated

Not correct. The truth is right in your face, if you would just dare to look. It’s not very complicated either and you definitely have the skills to know it. Start with your gut feeling, for example. Or with your logic.

3. We have no means to discern between real news and fake news

Yes, we have. There’s a huge difference! For example, fake news is mostly based on fear and tries to convince you of an enemy or danger, by manipulation and traceable lies. Real news has real sources, real people and real information. It’s actual really easy to discern between the two, once you look through the propaganda.

4. Well, isn’t it obvious what’s going on? Haven’t you seen the footage of the IC departments in hospitals all around the world?

5. Well, I guess you don’t know anybody who’s sick or who works in a hospital

In fact I do, but that doesn’t prove what disease they have, why they got sick and whether their treatment was necessary or helpful. And don’t you wonder how it is possible that suddenly nobody dies of heart disease, cancer and other fatal diseases anymore?

6. Well, they wouldn’t take these measures for no reason, would they?

Absolutely correct. But they are not taken to protect us from a lethal disease. Look at Sweden, for example, or India. In countries without social distancing (India) or lockdown (Sweden), by choice or because it’s impossible, the numbers are either the same, or less that average. This means the measures are taken for other reasons than protecting our health.

7. The government wants the best for us. They know what they are doing.

Some do, some don’t. Many just follow orders, others are more actively engaged in the manipulation of the media, and therefore you. Most of them have a different agenda than the one they present to the news.

8. But look at the numbers! So many people diagnosed, sick and dying. How can you doubt the numbers?

Because the numbers are messed with. Check point 5, and also consider the fact that the test that is being used worldwide, the PCR test, only tests the presence of a virus, but not the presence of Covid-19 (there are many different viruses on this planet) and not the amount of virus cells in the blood either. 99% of people have virus cells in their blood. That’s normal. You don’t get sick from it. FACT.

9. We have fact checkers on social media who filter the fake news, so there’s no need doing it myself

The so called independent fact checkers on Facebook are paid for by Bill Gates and George Soros, the same people who also fund the WHO. Can you imagine they want posts removed that go against the advice of the WHO, if that secures their biggest profit?

10. The economic crisis is terrible, but is necessary to save lives, so there’s nothing we can do about it

Not correct. The effect does not prove the cause (Plato). The economic crisis was an anticipated and planned result of this world crisis and one of the reasons why they orchestrated it in the first place. The economic crisis has already killed more people than Covid-19 will ever do, and the number will rise sufficiently. Ask yourself how lives are really saved.

11. If you don’t submit to the measures, you don’t care about the people

On the contrary. If you care about the people, you do your research and find out how the most innocent and vulnerable amongst us are victim of this political game. Do your research, if not for yourself, then for the ones you love, and find out what will really help the people. Submission has never helped anyone but those in power.

12. I’m not a doctor, so my opinion doesn’t count. I just wait and pray for a vaccine

Not correct. You are smart enough to understand the basics of medicine and health, and that’s enough to understand that a lot of what you’ve been told about Covid-19 is a load of crap. And when it comes to vaccines, do you know who earns the most when a new vaccine is found? Yes, Bill Gates, the main sponsor of the WHO. What a coincidence, don’t you think?

13. What does it matter? Why should I have to know what’s going on? I can’t change it anyway.

It matters because this is about your life, your health, your freedom and that of your children and grandchildren. It’s about truth, justice, protecting the poor and innocent. It’s about everything that makes life worth living. It matters because you could change it, if you pulled yourself out of your lethargy, your inertia and your indifference. Get off your lazy ass and DO something! Doing your own research is just the start!

What kind of new age bullshit and spiritual bypassing is this? Have you given up your basic instinct, your understanding of right and wrong, your capacity to think? Are you happy with being so ignorant? Do you know how cruel it is to say this? Do you realize how cowardly it is to suddenly take an eagle’s eye perspective and just ignore the suffering around you?

15. The truth is depressing. I don’t want to know.

You know what is more depressing? To see beauty disappear from the face of the earth, to see the innocent and pure being crippled, while this wouldn’t be necessary when less people would look away because they lack the backbone to look the truth in the eye and stay upright! Why not be braver, bolder and stronger and do something about it?

Cool. Sure. We don’t need you anyway. Go watch some more TV.

17. I don’t believe in conspiracies

What the f*ck is that supposed to mean? You don’t believe in the possibility that groups of people come together and make plans to exploit, abuse, manipulate and fuck other groups, while they pretend to help exactly those groups? Under which stone have you been laying in the past 2000 years?

18. What is there to research? This is business as usual, shit like this happens all the time

Not correct. A global, fake pandemic on this scale, with such extreme measures, such lies and such a devastating impact on so many people at the same time, has never happened before. You are witnessing a shift in reality that is epic and historic. It can go very wrong and very right, but saying nothing is going on just shows incredible blindness.

19. But the truth makes me emotional. I get so sad, angry, scared and worried by it, and I get insomnia. I don’t know how to handle it.

Well, you better get over yourself, then! If there will ever be a time in your life where it matters, where it makes a difference whether you pull yourself together or not, it is now! Wake up and step up! Deal with your emotions, your pain, your agony, no matter how hard or uncomfortable it is. Learn how to handle the truth! Learn how to strengthen yourself, look for support and find out what you can do to help out. The only limitation is in what you belief.