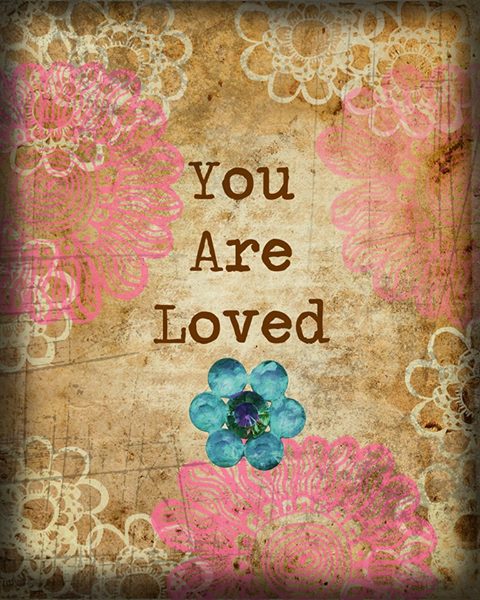 The first time I felt happiness, I thought I was having a heart attack. The pulsating feeling from within my chest was so powerful it hurt. I was shocked! Not that I had never been happy before but I had never registered it that consciously. I guess I had taken it for granted, just like the fish in the ocean who is not aware of the water around him.

I remember exactly when and where it was. It was many years ago. I sat outside in the garden after I had been practicing Qigong. I did that daily at the time, but today was special. I sat peacefully and quietly, when suddenly a soft gust of wind stroked my cheek very gently. It was such a subtle, feather light, loving touch that at that moment it felt as if it was God himself who stroked my cheek. I felt as if I was going to explode. The feeling was so overwhelming it terrified me. I really thought I was having a heart attack.

That’s how intense happiness is! And that was just a gentle touch of the divine, in a very subtle gesture of nature, the wind. To feel love for another person is way more intense! The first time that I consciously felt love for another person… it blew me away. I remember when my kids were born. With my first child, I only laid next to him and looked at him for the first week, completely overwhelmed by the love I felt for this little creature. With my second child, my daughter, I knew this was going to happen, because I had experienced it once before but it was just as intense. Being in love with your children breaks your heart wide open.

I also remember the time I was suddenly overwhelmed by the love I felt for my partner. That was another moment that took me by surprise. You know, if you get married, or if you have kids, or if you take MDMA, you kind of expect happiness and because of that it might be a bit less overwhelming because you count on it and hence you are more or less prepared. But that time, it was just a random Wednesday afternoon during a hot summer where we were both working in the garden. He was fixing the mower and I sat writing at the table. We were both absorbed in our work. At a certain moment I looked up and I saw how he was squatting next to the mower, completely absorbed in cleaning the different parts. The way he moved, his complete concentration, the careful way in which he touched that machine, brought tears to my eyes. I loved him so much at that moment! Again, it felt as if I was having a heart attack, but now I knew that was not the case. My beloved looked up and saw that I was sniffing.
‘What’s wrong, honey?’ he asked.
‘Nothing’ I said. ‘I just love you.’

Talking of love and happiness, I believe Alexander Shulgin did the world an enormous favour when he invented or discovered MDMA. I believe that that little round pill has been an initiation into love for many people all over the world; a direct experience of what it means to feel love and happiness. Now they know that it exists and where to find it. That gives a person hope. If you are certain love exists, life is really much more fun. The way you find out doesn’t matter, as long as you find out.

So many people have closed hearts. That was why I thought I was going to have a heart attack that one time. My heart was so closed it cracked open from within. And that really hurt! Energetically it’s the same as a butterfly breaking out of his cocoon while his wings are still completely folded inside, or a seed that breaks open, or a tree that just emerges from the ground and breaks through the surface.

Maybe that’s the reason why I was so shocked that very first time. It was so completely different from how I usually felt. Therefore, immediately after that love eruption a huge wave of sadness followed. Sadness about all these moments I had been unable to feel love. Grief over my closed heart, that kept me in the dark for so long and had made me suffer so much. While it became so clear, once the love broke through, that it all had just been a major misunderstanding. Those moments of sheer joy helped me to release the shield around my heart and mourn about lost time, all these years that my heart was closed and I was unable to feel love.

Slowly but surely I am getting more used to the feeling of love and it doesn’t frighten me that much anymore. Although, I do wipe a tear quite regularly.