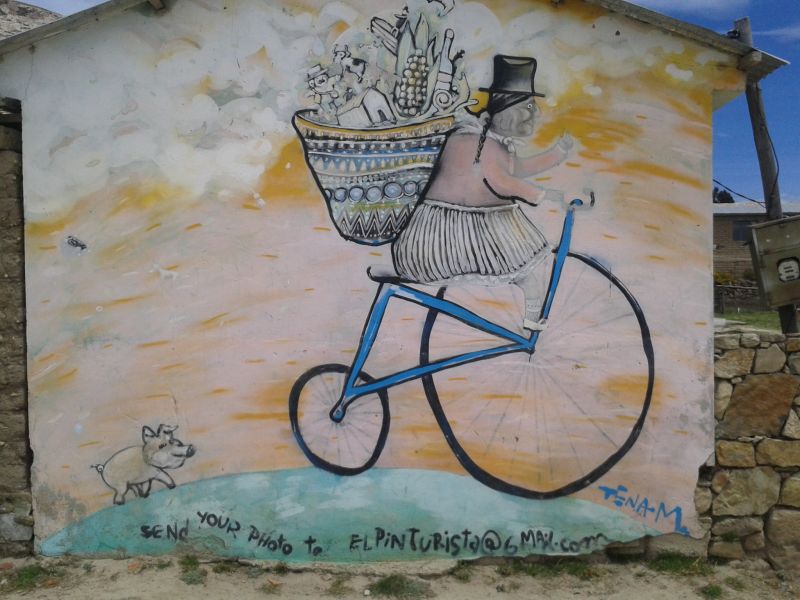 Elisabeth Kübler-Ross, the heroine of palliative care, says that for a healthy person an emotion doesn’t last longer than 20 seconds. After experiencing and possibly expressing this emotion – crying, yelling, stamping – the person immediately returns to his natural state: a state of happiness, peace, cheerfulness and even bliss. A child laughs 300 times per day on average, adults laugh about 3 times a day. What happened on the way? The emotions have solidified into a chronically condition. The rage about the injustice that has been done to you, the grief about all these moments you were left alone, the fear of ghosts under your bed, the insecurity when you first fell in love, the shame, the failing, the worries, the disillusion, the disappointment, the rejection… it’s all turned into a hard crust of grimness where the playfulness of life can’t pierce through anymore. You have become serious. You are now an adult.

Lizzy is dead
When I was still in nursery school, I was about 5, I came home after a long day, elated and breathless, because I had won the ‘Who is home first’ game. My mother was waiting for me and my two sisters in the living room. I remember the situation vividly, because a certain severity, a solemnity, a heaviness surrounded my mum. She sat bolt upright on a chair, almost frozen. This was so unusual – normally she welcomed us in the doorway with big hugs and kisses – that I knew something significant was up. ‘Children, I have something very sad to tell you’, she said. ‘Today Lizzy was run over by a car. She died instantly. Now she’s in heaven, sitting on Lord Jesus’ lap.’ What followed was a loaded, expectant silence. I was disappointed. This was it? Lizzy was dead and in heaven. So? ‘Can we go play now?’, I wanted to ask, but my mother beat me to it. With a hint of reproach in her eyes she looked at us and said: ‘Now you have to cry.’ I was perplexed. Why? I remember, but it might not be correct, that both my sisters and I did our utter best to cry. We squeezed our eyes as hard as we could, trying to produce tears, but it didn’t work. Eventually my mother walked into the kitchen, shaking her head and grumbling to herself: ‘Why do I have such weird kids?’ We went to play again, relieved, even though I was vaguely disappointed that I hadn’t been able to tell my mum I’d won the running game.

Quest
During my teenage years I really struggled with my new body curves and the uncomfortable monthly belly cramps. ‘You better get used to it’, my mother said. ‘Your carefree days are over now, this will last the rest of your life. Your body is a burden. The pain will last until you are at least 50 and besides that you’ll be getting fatter every year. Look at your grandmother, your aunts and me. It’s in your genes honey, there’s nothing you can do about it.’ What a terrible prospect. It felt like damnation, a curse. I decided to do everything possible to not let this happen. Deep down I didn’t believe it was either normal or natural for the body to be a burden. I believed in the intelligence of evolution, in God if you like, and I believed in myself. To me it was much more logical that the body would be a source of happiness and could always be beautiful, not a source of suffering and the object of inevitable decline that already started in puberty. Now, about 30 years later, I know that the intuitive wisdom I had then was true. The body can be a source of happiness, even of ecstasy, provided that the negative conditionings considering the body are overcome – which is still quite a job.
When I married far too young and had two children I complained to my mother how exhausted and disillusioned I was. She did it again: ‘You expect too much of life’, she said. ‘This is it: slogging, compromising and resignation. You’d better accept it, otherwise you’ll become deeply unhappy.’ I was of exactly the opposite opinion. To accept that life would be mediocre, boring or even chronically unsatisfying felt like a death sentence for the soul. ‘Never’, I thought. ‘Never will I give up my quest for happiness.’

Paradise porn
Years later, I was recently divorced and felt miserable, I shared my worries and despair with a good friend – I didn’t talk about these things with my mother anymore. ‘Why is it so fucking hard to be happy in this world?’, I sighed. My friend stunned me with the degrading remark: ‘Oh, how nice you are depressed as well, for once. Usually you are so annoyingly happy.’ Just the other day the same happened: a friend from Holland wrote she couldn’t endure my ‘paradise porn’ from Peru anymore and told me to not send her tons of photos and thrilled stories anymore. ‘It looks like you’re on holiday all the time, god damn it!’, she wrote, clearly pissed off. I felt the same sting that I felt in the past, when I saw the blame in my mother’s eyes because I couldn’t cry about the dead girl next door. I didn’t see any reason to be unhappy and for that reason I was judged and excluded. That in itself was almost a reason to become unhappy.
Is it really possible to be too happy? Years ago I joined a seminar of Barry Long where he said: ‘What’s the meaning of life?, you keep asking. What a retarded question! The meaning of life is to be happy, what else?’ Every true master knows how to hit this sensitive chord in me: the full realisation that every moment you’re unhappy is a lost moment. The problem is loyalty. People bond over their misery. The mutual confirmation of how difficult and unjust life is, the wallowing in details about our problems, is a form of intimacy. To choose happiness is like leaving the battlefield of ordinary life and abandoning your best mates; the people you love, choking on their blood, whimpering about their war wounds, helpless and powerless. Is it selfish to choose happiness? Is suffering with your friends a form of love? Is it noble to sacrifice your own happiness so your beloved ones won’t feel abandoned? Man, what a dilemma. Sometimes I feign a heaviness that is not really there, or I make up a problem, just to make the other feel better.

Shine
‘Shared sorrow is half the sorrow’, my mother always said, but shared joy is double joy. I’m going to do it differently from now on. I’m no longer going to hide the light in myself in order to make others feel better. I am going to shine! If the light hurts your eyes it doesn’t mean something is wrong with the light. It only means you have been sitting in the dark for far too long. Come out of your cave! Feel the sun on your face, the wind caressing your cheek.. Hug the first person you see, share what’s ion your heart, do what you have been postponing for years, take risks! Happiness is everywhere. It’s there every moment, patiently waiting, until you finally remember again: Happiness is your natural state.