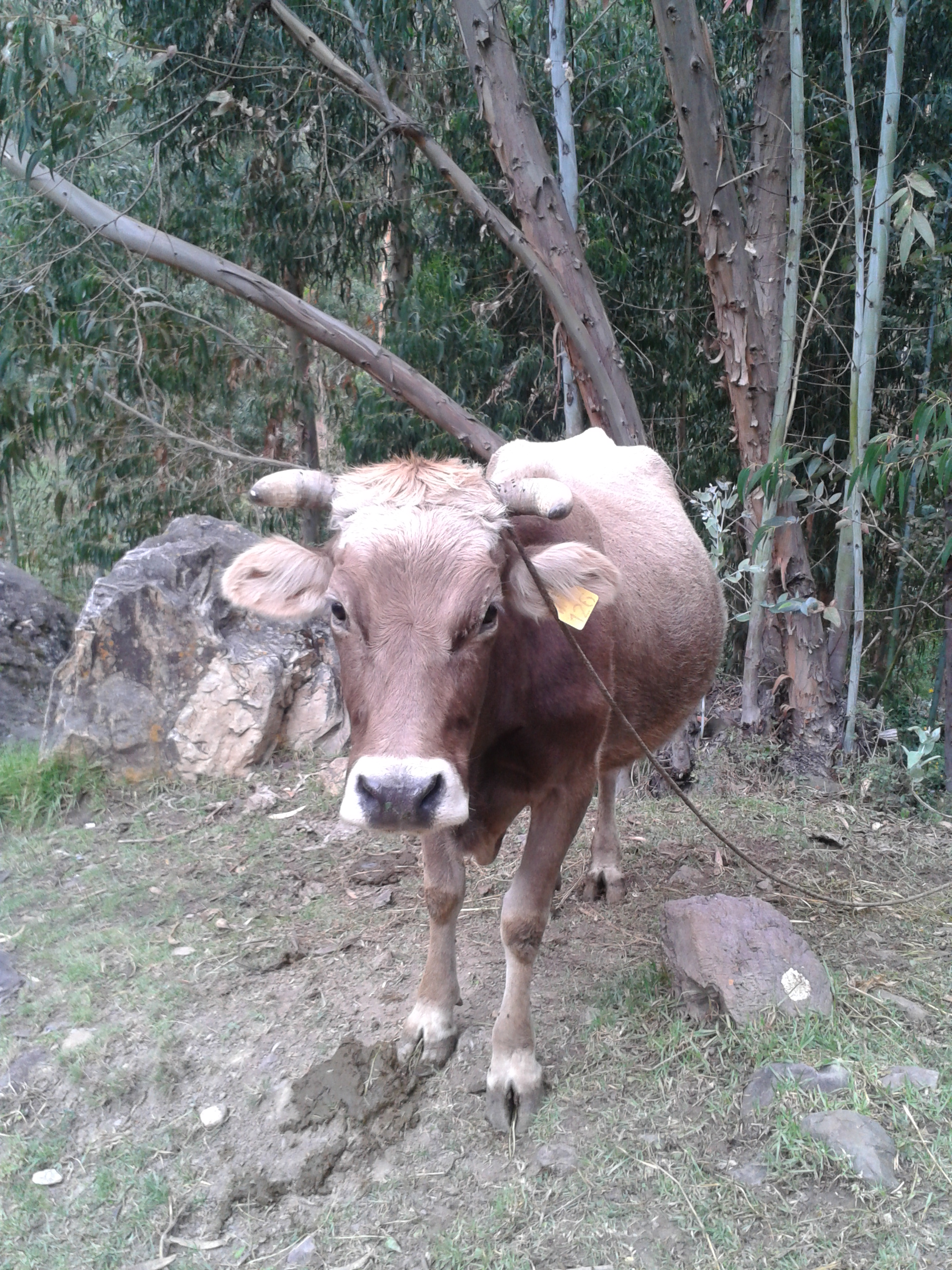 First I let the dogs pass, then I climb over the back wall and down the path, into the neighbors’ field. Better to take a shortcut, saves me at least 5 minutes. Good Coski and Salka, the dogs, are so used to the cows and the sheep they totally ignore them. I say: ‘Hello’ to the big cow blocking my way and politely walk around her. She looks at me with dreamy eyes, chewing on dry grass. The dogs and I cross the field, to the path following the river. On a big rock in the middle of the river a guy with dreadlocks and a colorful poncho is drumming and singing medicine songs. Cool. I wave at him but he doesn’t wave back, his eyes are closed. He is clearly absorbed in his solitary ceremony.

I walk down the path, flanked by Coski and Salka, trotting happily next to me. Ah. There is the old toothless Peruvian man who walks his pregnant cow. I see him almost every day. The grass is greener near the river. As soon as he sees a dog he routinely picks up a few stones and aims to throw at them, even though Coski and Salka ignore his cow, just like any other cow. The old man is forgetful, so I remind him. ‘Hola papi’, I say in my poor Spanish. ‘No necesita la piedra! Los perros son amigos, no peligrosos!’ The old man is stubborn. He wants to throw that stone anyway. ‘Don’t you touch my dogs!’ I turn to English and raise my hand and my voice. I sound firmer in English. He smiles sheepishly and points at his cow, lowering his arm. Si si, you need to protect your cow. Buenos dias, old man. 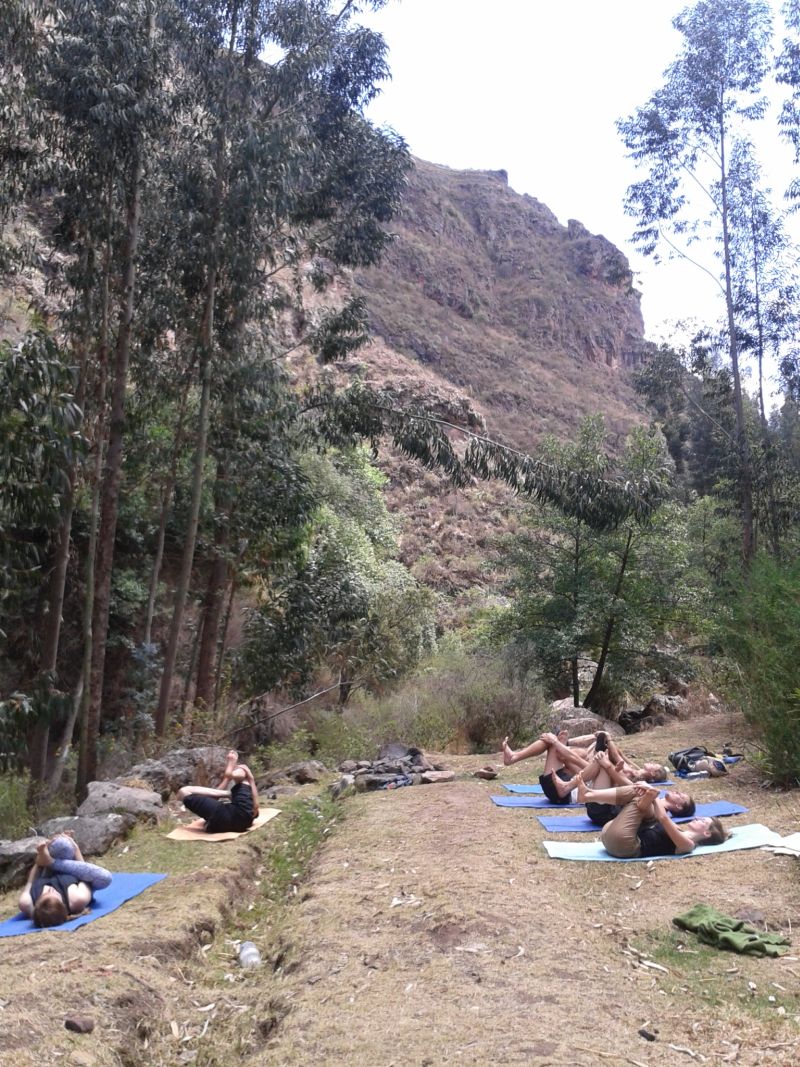 At the flat space next to the river Daya is giving his yoga class. It’s such great weather today, better hold class outside than inside Nidra Wasi, the local yoga school. It looks awesome, Daya and a little group of students, all in candle pose. A bit further on a girl is crossing the bridge. She’s balancing on the bridge: two logs next to each other, with a bucket in each hand. She gives me a big smile. I admire her balancing skills. Behind her is her mother with a baby on her back and even bigger buckets.

After the bridge we take a left and walk through the corn fields to Rinconada, the main road. A few weeks ago they were working the fields, young bulls pulling the plow, kids flying their kites, mamitas bringing lunch: soup and potatoes. Now the corn is already 15 cm high. We follow a small path between the rows and enter Rinconada. A moto passes by and offers a ride to town. ‘MOTO?’ I shake my head, no thanks. We take another dirt road a bit further up, with young eucalyptus trees planted on either side. A Peruvian man is walking between the trees, holding a bottle of beer. At first I think he’s drunk, but in fact he’s blessing the trees. At every tree he stops, takes a sip of beer and sprays it on the stem. Sure. This is Peru. Everything is blessed with beer, sage or Palosanto, the sacred wood.

At the end of the dirt road I am at my working place, Nidra Wasi, where I give massages, only one and sometimes two a day. The dogs go on their own stroll, knowing they’ll get bored here. They’ll get back home on their own, somewhere in the evening, when they get hungry. The dogs have a lot of freedom here. And so have the humans. 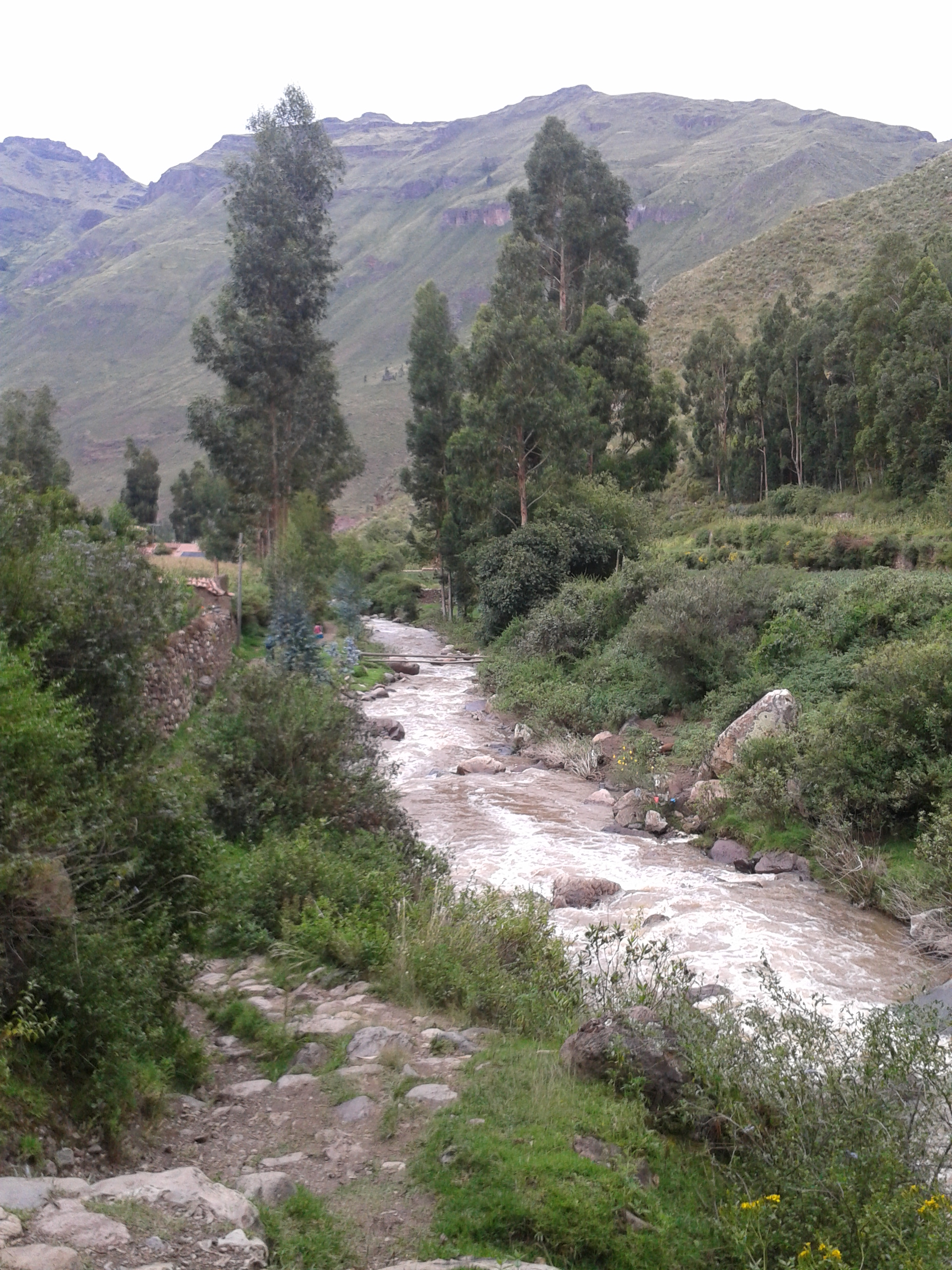